Meet the men behind the wheels 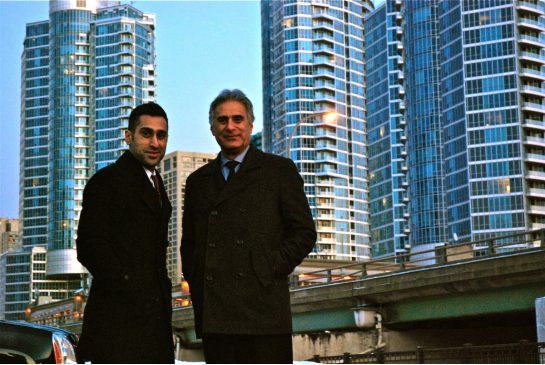 Headed by a father and son team of entrepreneurs, HLS Limousine Service has grown from humble beginnings into a sought-after company for reliable professional transportation in Toronto.

Originally operating with one Lincoln for the first customer in 1995, Hooshang Atef and his son Nick now run a fleet of vehicles that service more than 500 clients from Toronto and around the world.

Through hard work, perseverance, and a touch of class, the Atef men are living a genuine Canadian success story.

Life as an ambitious immigrant

Our story begins in 1981, when Hooshang immigrated to Canada from Iran, along with his wife Leanore and 2-year-old son Nick.

Hooshang had been trained as a civil engineer and spent his first seven months in Canada with the challenging task of finding work in his field. When push came to shove, he got his taxi driver’s license and rented a cab. Eight years later, Hooshang mortgaged the family home to buy a vehicle and a taxi plate.

One particular customer was so impressed by Hooshang's cab service, he hired Hooshang to provide him with exclusive transportation. This positive experience led to Hooshang leasing out his cab, buying a Lincoln, and starting his own limousine service.

Twenty years later, more than 40 companies and many families rely on HLS Limousine Service to deliver affordable private transportation. Today, a team of drivers work for Hooshang, including his son Nick, who continues his father's tradition of bring quality, personal service to every client.

With a strong sense of family and customer service, the HLS Limousine Service team create a travel experience for clients that is unrivalled in the Toronto limousine industry.